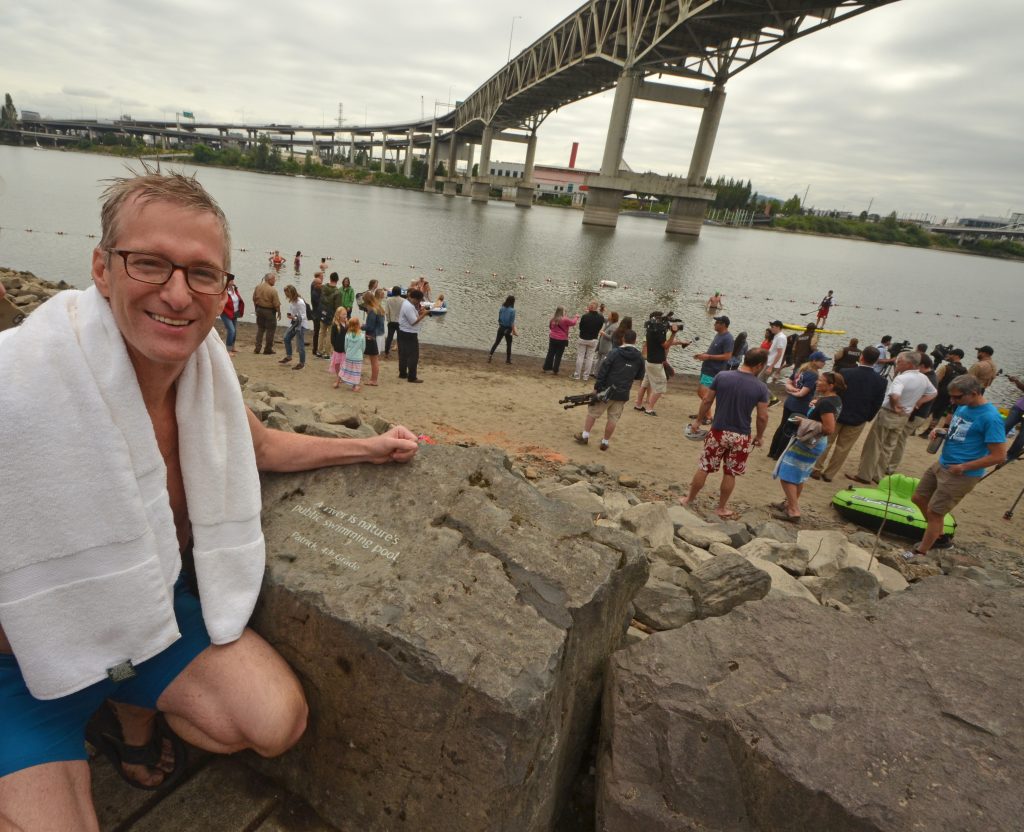 Portland, Ore. — Mayor Ted Wheeler popped out of the legislative session yesterday morning in his swim trunks to take a quick, celebratory dip in the Willamette River for the opening of Portland’s new public beach, signaling the return of the river’s health for people to swim in.

“We spent over a billion dollars on the Big Pipe Project, and our work here today is an acknowledgment that that investment by prior community members and public officials has paid off,” said the mayor, referring to the biggest public works project in the city’s history, upgrading the wastewater system to revert stormwater runoff and sewage from overflowing into the Willamette River and the Columbia Slough.

“The fun that we’re having today builds on the shoulders of many, many people over a period of many years who saw the vision for this beach,” said Mayor Wheeler.

One of those people is Willie Levenson with the Human Access Project, a nonprofit working to transform Portland’s relationship with the Willamette River. Levenson was a leader in establishing Poet’s Beach.

The beach gets its name from the student poetry engraved in stones leading to the river. The poems were originally published by Willamette Partnership‘s Honoring Our Rivers project, which has been publishing student art, poetry, and prose about rivers and watersheds in an annual anthology since 2000.

“I was really impressed by how expressive these kids were,” said Levenson at the First Splash event. “And it occurred to me if this program was not here, how would these kids have this platform to say these really powerful things that are on their minds?” 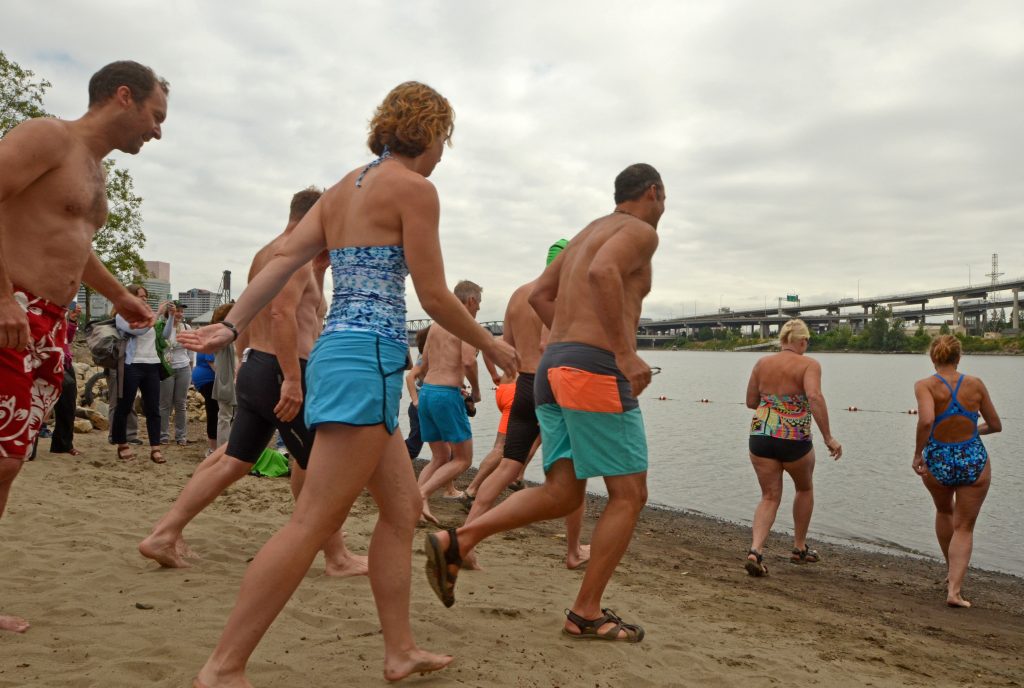 Folks run in for a swim at Portland’s first official public beach, signaling the return of the river’s health. Photo courtesy of Willamette Partnership.

Learn about accessing Poet’s Beach from Portland Parks & Recreation. Lifeguards will be at the beach every day through Sept. 4, 2017, to encourage public swimming.

Tess Malijenovsky is Willamette Partnership's project coordinator. She leads on Honoring Our Rivers, a project publishing student artwork and writing about rivers, and communications for the organization.