School’s Out: A Year of ‘Honoring Our Rivers’ in Review

Next week, Oregon students will burst through their school’s doors full speed into summer. Along with them, Willamette Partnership’s project, Honoring Our Rivers, is wrapping up another successful year publishing and celebrating the creative voice of students inspired by Pacific Northwest Rivers. 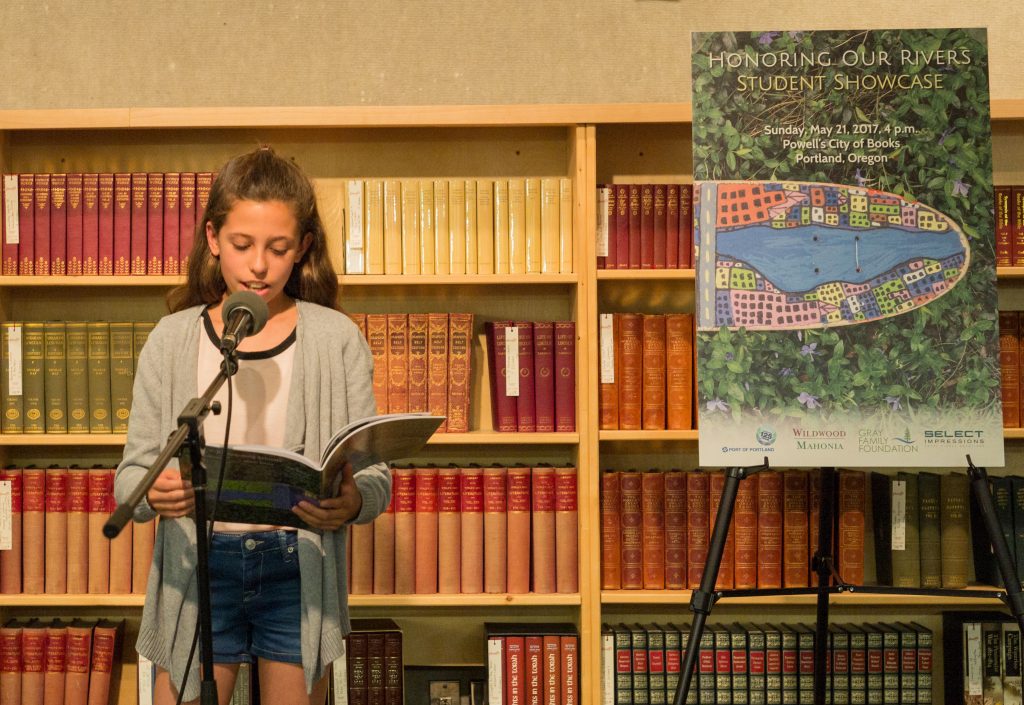 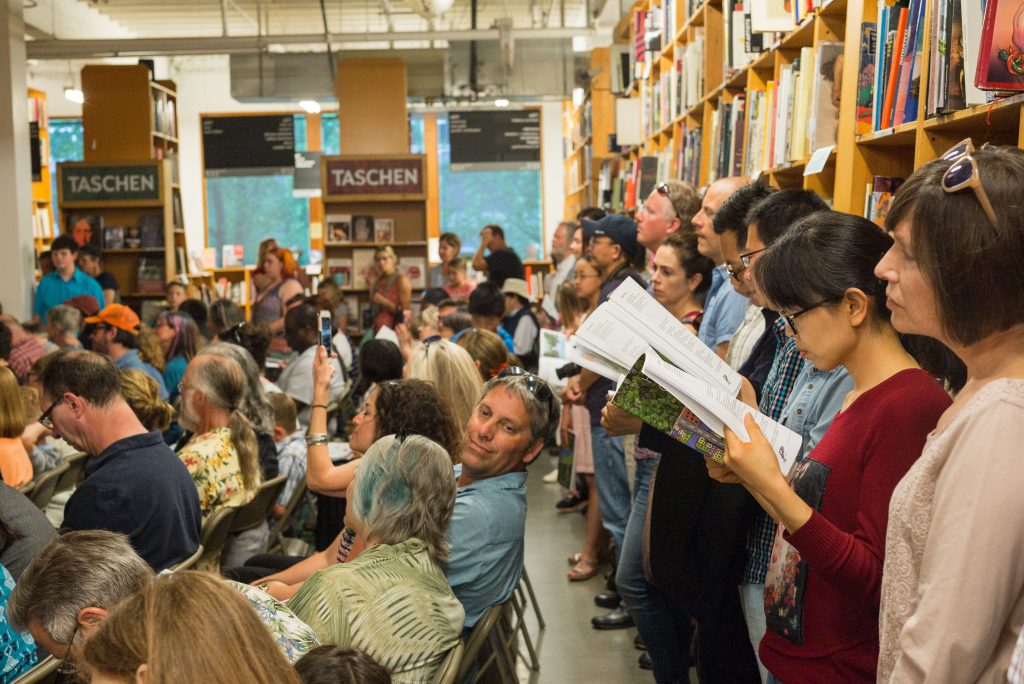 Taking the stage in front of a tightly packed crowd at the world’s largest independent bookstore, Powell’s City of Books in downtown Portland, students read their poems aloud and presented their artwork published in the 2017 Honoring Our Rivers: A Student Anthology. They told us a story about their favorite river, its beauty, its life, and its threats. Some traveled from as far as Grants Pass and Talent to participate.

“The purpose of Honoring Our Rivers is to encourage kids to get outside, to connect to their environment, to reflect on that connection, and to express it creatively because, after all, our rivers can’t speak up for themselves,” said the event’s emcee, Tess Malijenovsky, the project’s coordinator for Willamette Partnership.

“We want to engage the creative capacity of students as a means of cultivating the next generation of conservation leaders because we need creativity to solve our most complex environmental problems and because creativity can’t be replaced by computers,” she says.

This year’s printed anthology included a selection of works for its “working rivers” theme, relating to how communities build around rivers and use them for transportation, recreation, and livelihoods. The Port of Portland, a major sponsor of the project for the last two years, helped select the theme in celebration of its recent 125th anniversary.

Honoring Our Rivers, however, is more than a print product. This year, the project advocated for the inclusion of arts and creative writing in environmental education, giving presentations at the Oregon Outdoor Education Coalition Summit in Portland, the Willamette Valley Environmental Education Roundtable in Salem, and on the air on KMUZ’s Our Natural Environment program. It also trained 38 educators from four coastal counties — serving over 1,500 students collectively — on how to use natural science illustration in environmental education, thanks to the Gray Family Foundation and partners, Oregon Coast Council for the Arts, Oregon Coast Aquarium, and Straub Environmental Center.

You can learn more about Honoring Our Rivers, its resources for teachers, and how to submit online at wwww.HonoringOurRivers.org, or by contacting its project coordinator at info@honoringourrivers.org.

VIDEO: Holden Pajor, at Oregon Episcopal School, reads his poem, “Salmon Mysteries in the Columbia,” at the Honoring Our Rivers Student Showcase: “[…] I sit on the banks of this mighty river / with just one hope — / that we continue to see the migrating salmon / on their journey downstream […].”